It becomes more necessary to see the truth as it is if you realize that the only vehicle for change are these people who have lost their personality. The first step therefore is to make the black man come to himself; to pump back life into his empty shell; to infuse him with pride and dignity, to remind him of his complicity in the crime of allowing himself to be misused and therefore letting evil reign supreme in the country of his birth. 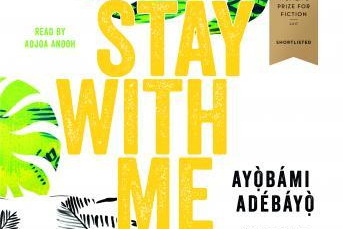 This one did a number on me.

While reading, there were times my Afro-urban self screamed leave! There were times I wanted to cry and other times I was like damn girl… you messed up. Then there were the things that a girl like me can only read in a book written by an African woman highlighting the complexities of being a woman grappling with love and sexuality in a patriarchal society where submissiveness, polygamy and childbearing are considered part and parcel to the definition of womanhood and marriage. But hopefully we all get that one person who we get to call ‘Moomi’ and hopefully they make the path a little easier for us and some day we too get to do the same for someone else.
#AfricaisLit

An intersectional learner, brazen feminist, radical afro-centrist and holistic wellness enthusiast passionate about decentralizing knowledge and leaving an impactful footprint in this digital world. View all posts by Atieno Otieno